TWELVE-YEAR-OLD JESUS AT THE TEMPLE

The only incident we know of Jesus’ childhood is His visit to the Temple in Jerusalem as a twelve-year-old boy. That’s why it’s so interesting to study it.
Passover (meaning Easter) was the most important Hebrew feast, because they remembered and celebrated how their ancestors crossed the Red Sea and were freed from the slavery of Egypt. When the time of Passover was near, pious Jews from all over Palestine were happily preparing for their usual pilgrimage. They were travelling to Jerusalem, the sacred city, in order to worship God all together in their one and only temple, the Temple of Solomon.
Travelling wasn’t easy at that time. It was tiring and dangerous. The travelers had to walk for days and few were lucky enough to have an animal to ride. There was always the fear of being attacked by thieves who would set traps on isolated paths. For that reason, people used to travel in groups, forming caravans, which was a safer and more pleasant way to travel.
Holy Mary, twelve-year-old Jesus and Joseph, their protector, were travelling with a caravan, among relatives and friends, from Nazareth to Jerusalem. It was a three-day walking distance at least, but nobody minded the trouble. They were happy because the Temple was their destination. While walking, they were singing the Psalms, praising God.
They stayed in Jerusalem for seven days. When the celebration of Passover was finished, the caravan set off to return to Nazareth. After walking throughout the day, they stopped to camp for night. That’s when the Holy Mother and Joseph realized that little Jesus was missing! The women had been walking on the front of the caravan and the men behind them. Joseph thought that Jesus was with His mother and Holy Mary thought that Jesus was walking along with Joseph. They were so worried when they couldn’t find him anywhere! At sunrise they went back to Jerusalem. 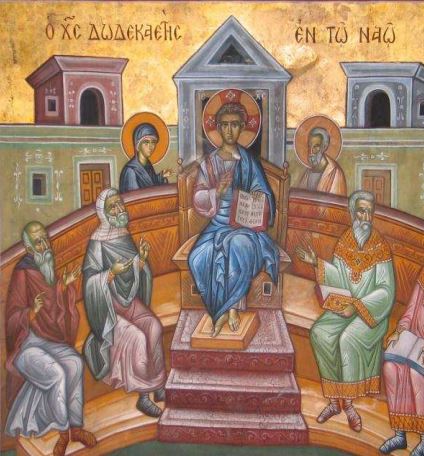 They looked for Him in the city. They searched among the caravans who were leaving and they searched in the streets until they reached the Temple. They went inside and saw little Jesus sitting among the teachers of the Jewish law and discussing with them! He was talking and they were listening! He was giving advice, answering to questions, explaining passages of the Old Testament, interpreting prophesies and giving valuable knowledge about God. They were surprised because they had never heard such a speech! They were fascinated, taken aback. A twelve-year-old boy had made them hang on His every word! The teachers had become students wondering: “How is he so wise?”. They didn’t know, they couldn’t even imagine who they were talking to.
Jesus himself revealed His identity when His mother asked Him: “Son, why have you treated us like this? Your father and I have been anxiously searching for you.” Then Jesus revealed the truth: He wasn’t Joseph’s son, as everybody thought, but the son of God! “Why were you searching for me?” he asked. “Didn’t you know I had to be in my Father’s house?” God is His Father! Only Holy Mary and Joseph knew this secret. Was it the time for everyone to know? No, it was still early for this. The others couldn’t understand the meaning of Jesus’ words. They couldn’t but admire the twelve-year-old boy and His extraordinary wisdom. After all, He stood up and followed – obedient as always – Holy Mary and Joseph. It wasn’t the time for His public ministry yet.
Later, in His thirties, Christ started preaching and making miracles. His divine power and wisdom became more evident. He wasn’t only a human but God, the son of God who became human too. He is the God-Man!
It would be nice to have Jesus Christ among us, even for a while! We could ask Him questions; He could explain so many things to us and reveal divine secrets!
We can invite Jesus to be among us at Sunday’s school. He isn’t just a wise man of the past, He is the God-Man. He isn’t restrained by the flow of time. He can sit among us today just as He sat among the teachers of the law. He said “Wherever two or three of you gather in my name, I am among them” (Mt 18:20). Every gathering at Sunday’s school is a meeting with Christ!
We can listen to Him today just as the teachers did back then. In fact, He has left us His wise words written in His book, the Holy Bible! Every page is full of divine wisdom. Every word is inspired by God!
The lessons in Sunday’s school are taken from the texts of the Holy Bible. The Gospels narrate Christ’s life and teaching. Those, who won’t miss a single gathering, will be the happiest of all! Those, who listen carefully to the sacred words of the Bible, will be blessed by God! If the words are studied carefully, they are engraved on the heart and the person is filled with God’s wisdom.
A person that has God’s wisdom:
• Is enlightened and thinks accordingly.
• Makes the right decisions.
• Stands out because of his/her way of speaking and acting.
Here are two incidents of children who had God’s wisdom:
a. Catherine is at Grade 5 of primary school. Her classmates messed up. They caused the blackboard to fall and as a result both the teacher’s chair and the bookcase got damaged. The students decided to pretend they didn’t know anything but Catherine insisted on telling the truth paying for the damage with the money from the class’s money box. The students agreed and in the end the teacher praised their honesty instead of scolding them.
b. Paul is a sixth-grader. The two classes of his grade had been fighting for a long time. The reason was their playtime, as each class blamed the other for cheating. Whenever they talked, they mostly offended each other. Paul couldn’t stand this situation. He suggested making a huge card decorated with drawings and stickers. He wrote “We don’t want to fight! Let’s be friends forever! We are sorry!”. His classmates followed his plan and now the two classes are inseparable.
May all the students have a fruitful school year and gain God’s wisdom, so that their parents and teachers will be proud of them.

I ask for God’s wisdom
To study, to go to school,
to live with God my leader! 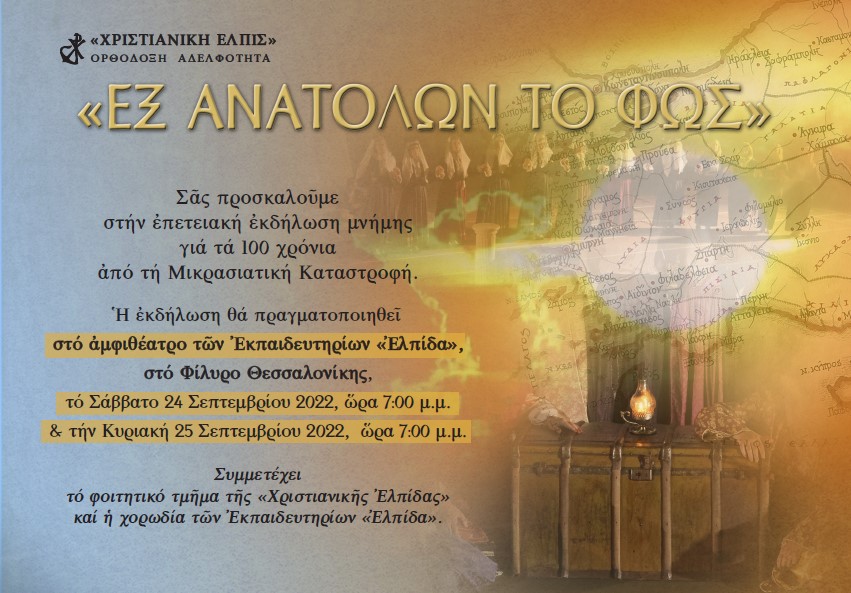 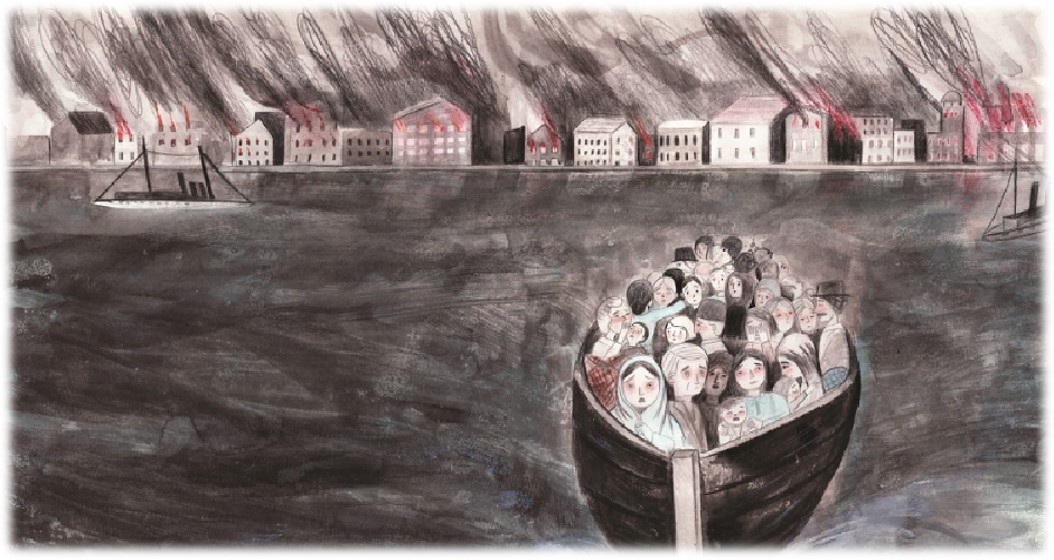 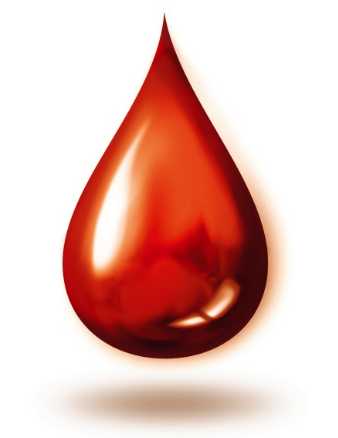